Is the “PC” platform being thrown-out by non-political players?

Is the “PC” platform being thrown-out by non-political players?

So, it’s not often or ever, for me at least, to see a political candidate rhyme a speech and throw out F-bombs. Yet, it doesn’t really matter if it has not been the norm, it’s what people are talking about today.

It’s what Kid Rock has done and it’s not anything we should dismiss.

Kid Rock is getting exactly what he wants – the publicity and a larger platform.

I have been in the communications business for more than 20 years including in the media, public relations, and marketing. I have covered political candidates and worked for them.

If the Trump Presidency has taught us anything, it should be that conventional campaigns and careful communication are not always what wins the election. There is a new playbook in town and it’s being written by non-political players.

It’s not that I would agree with tawdry tweets or profane political messaging to position oneself in a race, but we must take note of what’s happening.

I have written political speeches and managed messages. I have strategized on delivering those messages – the timing, the words and the platforms. Never once did I write in poem or include offensive four-letter words and today it seems to be the buzz.

The thing is, Trump spoke to a large enough constituency to win the highest seat in this country and Kid Rock touts the possibility of presidency as he teases his run for U.S. Senate.

The world is changing. Personal platforms are dominating and public figures are trending on Twitter with their own political messaging.

The non “politically correct” is resonating with the masses.

Anytime I have coached clients on media relations, I stress the importance of authenticity. Perhaps that is what clicks with so many.  We might not agree with Kid Rock’s delivery and Donald Trump’s social media messages but we can at least surmise that many follow, because they see the authenticity in both. They are both being themselves, and it doesn’t matter who likes it or not. 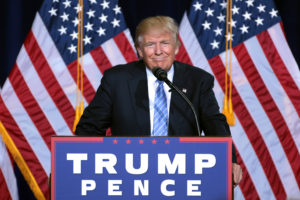 It’s not about being politically correct anymore. It’s about being one’s self.  In fact, I have to believe part of their playbook is throwing “PC” out the window.

We can’t ignore them or downplay them; we all have to figure out how to work with them and the people who follow them.

I am taking note not just as a citizen who votes, but as a communications strategist, media coach and content creator.

As I peruse social media and see all these posts about Kid Rock, and all the negativity, I can’t help but wonder if just by being himself – Kid Rock – he will win that seat in in D.C. and we will have to add Senator to his name. We have to stop scratching our heads and posting our disdain. We need to pay attention to what is going on.  We have to ask why do these messages seem to work? Why are people not only listening, but acting?

Perhaps, the “PC” world that we have created as a society is not how people want leaders to communicate. Maybe we rethink those carefully crafted messages, because clearly the political platforms are being built by the non-political players.