Fouts: The PR Point of No Return

Fouts: The PR Point of No Return

Although the timing couldn’t have been worse for Warren Mayor James (Jim) Fouts, the issues themselves are reason to resign. 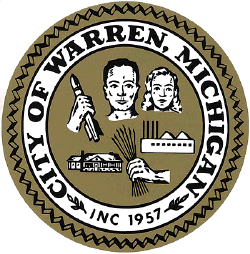 Movement is a crisis itself. But, with a former advisor and private consultant expanding on the audio tapes on local radio show, it further solidifies the call for him to step down.

However, instead of even apologizing, Mayor Fouts balked at his critics.

A day after the release of the recordings purporting to be Warren Mayor Jim Fouts denigrating black people and older women, there was a loud call for his resignation at a protest outside city hall.

That is exactly what he needs to do.

From a communications and crisis management perspective, he has reached a point of no return. Not even an apology is enough at this point. Talking with fellow communications strategists about this situation, I contended that if he were my client, I would advise him to quit.

This was not a simple mistake. In a mistake that elevates to a crisis, the call is to apologize, correct and move on. These tapes demonstrate a problem at the core. From a communications evangelist perspective, where I, also, reside in my profession, I must point to scripture and in particular the Gospel of Matthew: “But those things which proceed out of the mouth come forth from the heart.”

Macomb County Executive Mark Hackel was quoted as saying: “You can’t help but think to yourself, that’s just pure evil. I mean who even thinks like that, much less says those type of things.”

Not someone who deserves to represent the people.

I don’t know Fouts personally. I really don’t know what’s in his heart. But, I know that comparing black people to “chimps” calling them the N-word and speaking of women in a crude manner, and making fun of the disabled is more than unacceptable – it is hateful.

Fouts argues the tapes were altered and the audio files, first published by Steve Neavling of the Motor City Muckraker, are not him. He took it to another level and accused Macomb County Executive Mark Hackel of releasing “phony” tapes.

As reporters and communication strategist, we only need to look at the facts. Detroit Mayor Mike Duggan made a valid point at the Detroit Economic Club luncheon that if in fact a crime was committed, why hasn’t Mayor Fouts filed a police report? Editing tapes to make it sound like Mayor Fouts making derogatory remarks is a crime, so why not report as such?

The story has now elevated to the national media. The man at the center needs to take responsibility. The continued attempt to point fingers is only causing a louder outcry for him to resign and so he should. There should never be room for racism in this country, especially at the level of a public servant.
I wouldn’t even contemplate taking on the task of turning around this crisis for Mayor Fouts — not for a $300 an hour crisis communication fee or for $3000 an hour.

This is about what is right and just. No, Mayor Fouts, you cannot dance in front of a room at a meeting imitating monkeys, while casually using the N-word. You not only need to resign, you need to have a real “come to Jesus” meeting with yourself. You need to look deep inside yourself and be honest with who you are and how you feel about others. Only you know what’s in your heart. We can only judge by what comes out of your mouth.