I get it. It’s your story and perhaps you even pitched it but don’t try to take over what the reporter is writing. I realize the importance of controlling your message. I consult clients on this all the time.  It can be done without irritating the reporter doing the story. 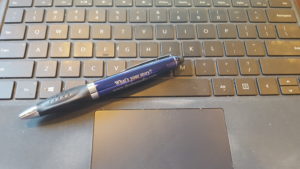 This is most important when a media outlet reaches out to you. If someone calls to use you in the article or news story or even write an entire story about you or your company, first be grateful; that’s assuming it’s a positive story. If you are battling a crisis, that is another issue entirely.

For the purpose of this article, let’s assume it’s a positive piece. As a journalist, I have reached out to numerous people over the years to write about them or include them in a story. Nothing irritates me more than when that person or their PR person tries to hijack my story. I am all for offering ideas or angles and often when I interview people, I learn things that make the story that much better but don’t try to control the story. Not only will the reporter ditch it, he or she may never contact you again.

If you are about to be interviewed, remember some important rules.

Mackinac Policy Conference recap written by Vanessa Denha-Garmo can be found in the Chaldean News.