It’s the Monday after the Grand Prix and just a couple of days following the Mackinac Policy Conference, and my morning scan of the media was a breaking news story that 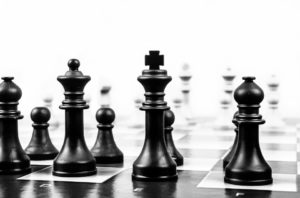 is a strong reminder that Detroit cannot escape it’s number one problem ­– crime.

Crime will always over shadow any positive PR. It’s the old adage that if bleeds it leads and boy have we been bleeding.

The first Twitter feed I read that morning was from Tom Jordan and WWJ: “Police investigate Triple Murder on City’s West Side.”

In between some of these tweets, WJR posted photos of Steve Courtney with the Grand Prix winners.

In about an hour or so later, the story continues to unfold. Then Charlie Langton tweeted, “State Police and Detroit police trying to break up crowd gathered after triple shooting on Detroit’s west side.”

This is a sobering reminder that the violence and continued crime in Detroit will hinder the positive impact of progress.

No Grand Prix, no new stadium and no lavish lofts in Midtown will be enough to push in the background the pervasive violence throughout the city.

This was evident when I flipped over to Facebook and there Bankole Thompson posted his column: “Business leaders must address youth violence.”

We are talking about it, which is an important part of solving the problem, but unless Detroit gets the crime under control, we will never completely create a major city that becomes an international tourist attraction.

When Dennis Archer first became the Mayor, I chatted with him about his turnaround plan. At the time, Detroit was being compared to New Baltimore and Cleveland – both cities had a 20-year turnaround plan. Our conversation was about 20 years ago.

Yet, here we are today with escalating crime issues, and we have added killing kids into the fold.

Thompson appropriately noted in his lead: “Detroit is becoming a killing field for children, that now warrants the intervention of everyone who has a stake in this city’s growth – especially its business leaders.”

I don’t have the solutions. But, I do know our law enforcement needs to have serious discussions about this issue.  You want headlines about fighting crime?  How about a law that says if you kill an innocent child in the midst of your shooting spree, you get life in prison. That will get you some PR.

It’s not new really; Under Michigan law, the illegal use of a firearm or other weapon can carry very harsh penalties. For example, a felony firearm conviction requires a MANDATORY two-year minimum prison sentence if it is your first offense and a MANDATORY five-year minimum prison sentence if it is your second offense. Also, a sentence for felony firearm MUST be served consecutively with any other sentence.

What I do know is that no one wants to live in or visit a city where public safety doesn’t appear to be a priority and no public relations strategy to promote the improvements, events and business opportunities will ever remove the killings from news headlines.

We can’t continue to move Detroit forward and promote its successes only to have daily shootings, gang violence and murdering of children flood social media platforms.

Crime continues to be the king in this complicated chess game across Detroit’s landscape and the positive PR, so many people strive to achieve, ends up being the pawn.

Vanessa Denha Garmo is a communications strategist and the founder of Denha Media Group.