Be Coached before Becoming a Coach

Be Coached before Becoming a Coach 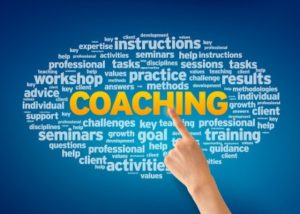 Just because you played the game doesn’t mean you can coach a team.

That was the thought that came to mind when my daughter ran into issues with a particular coach. She was new to the game and was looking forward to learning how to play and being part of a team. Little did we realize is that her coach wasn’t interested in teaching the basics of the game but was more interested in working with players who could win games.

I am all about winning. It’s why we compete, right? However, I am not about disregarding others for the sake of competition. I am about coaching, mentoring and inspiring.

It became apparent to me during practices and games with how she approached the players, that she expected the players to already know how to play the game and play it well.  This made my daughter feel deflated and frustrated. She really wanted to learn how to play and to enhance her skills.

From what I surmised, the coach didn’t seem to want to work with the hand she dealt but instead, she wanted to toss out the cards that didn’t’ seem to work with her plan. My daughter was one of those tossed out cards.

I tried talking to the coach a couple of times to address my concerns and she didn’t seem to want to talk to me.

As a Life and Leadership Coach, I was adamant that I get proper training and certification to qualify myself as a coach. Whether you are coaching a sports team or a corporate team, you need to be trained. I will take that a step further; if you are coaching in a Christian or Catholic setting, you need to model those teachings. If you are a coach for the Catholic Youth Organization, CYO, you should be expected to practice Christian principals. We expect the players to do so, why not the coaches?

Each player on a team just like each of my clients are coming from different place with different skill sets. As a coach, we need to meet these people where they are at in their lives. We can’t expect the same from each player.

Although I can relate to the coach being disappointed that she gained players with little experience playing game, I cannot respect her approach to these players. My daughter felt disregarded and not valued as part of the team.

During the season, she was injured during a game. Even though she was unable to play, primarily run, she showed up to the practices to continue to enhance the skills she could work on and attended every game to support her team. Not only did the coach never acknowledge her team spirit, she never once asked her about her injury or recovery. However, my daughter witnessed on many occasions that same coach expressing interest in other players.

Now, I realize that not all personalities mesh and not everyone will like us but what I explained to my daughter, liking us is not the issue; respecting us and being kind is what we should expect.

There are many life lessons to glean in this situation which I addressed as a mother. However, there are serious concerns as a professional and for a coach who doesn’t have the skills to be one.

If you want a winning team then get coached before you try to be a coach. Otherwise you might ruin the game for all.

Vanessa Denha Garmo is a communications strategist, content and coach. She is the founder of Denha Media Group and The Communications Evangelist Institute.