Are You Telling Stories?

Are You Telling Stories?

We told a lot of stories this past month but unlike something children would say, they were all true.

There are many ways to tell a story and various platforms to deliver that story. One of the first things we do in strategy is to identify the story.

What makes a story? 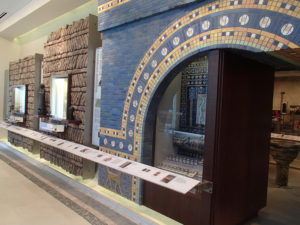 Is there an event or opening of some kind? This past month our client, the Chaldean Cultural Center Museum opened to the public. It had been more than a decade in the making and today people can visit the museum inside Shenandoah Country Club. More than a dozen media outlets covered the opening of the Cultural Center and Museum.  Below are links to some of the media coverage.

Some clients deliver speeches like the State of a City. Denha Media Group helped produce a behind the scenes video of the event that will air on the show In the W on WLND. Also, we helped pitch the delivery of the speech and contents of the speech to the media. Each part can be broken down into its own story.

We helped tell three distinct stories in videos for the Chaldean American Chamber of Commerce Annual Awards dinner. They bestowed awards for the Business Person of the Year, the Humanitarian of the Year and a Special Recognition Piece. All three videos can be seen on the Denha Media TV channel on YouTube. https://www.youtube.com/user/DENHAMEDIA 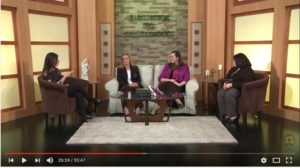 The Michigan Liquor Control Commission was going to rescind the half mile rule for liquor licenses. Our client the AFPD, fought back and took the story to the media. The MLCC reconsidered and the half mile rule is still in place. They are now following proper protocols to get a rule changed. Below is some media coverage about the story.

Hosting Town Hall meetings for some groups is an effective way to engage a targeted audience. The Michigan Statewide Independent Living Council (MiSILC) has been doing just that these past several weeks. They are traveling around the state meeting with people with disabilities on a fact gathering and listening tour. They are learning much about the needs of the constituency and the media is taking notice. http://www.miningjournal.net/news/front-page-news/2017/04/state-agency-collects-input-for-policy-plan/

The Detroit Skating Club is a premier skating club that has churned out many champion skaters including Olympic medalists. They host a top notch Ice Show every year. We help them use social media to share what’s happening at DSC and to promote the annual Ice Show. This year it is called Skating in Color. https://www.facebook.com/detroitSkatingClub/?ref=bookmarks

These are just a few samples of how to tell and deliver a story. There are many platforms you can use. It’s all about whom you are trying to reach and what you want them to know! We are also tell our own stories. Like us on Facebook and follow us on Twitter and Instagram. It is Denha Media Group!